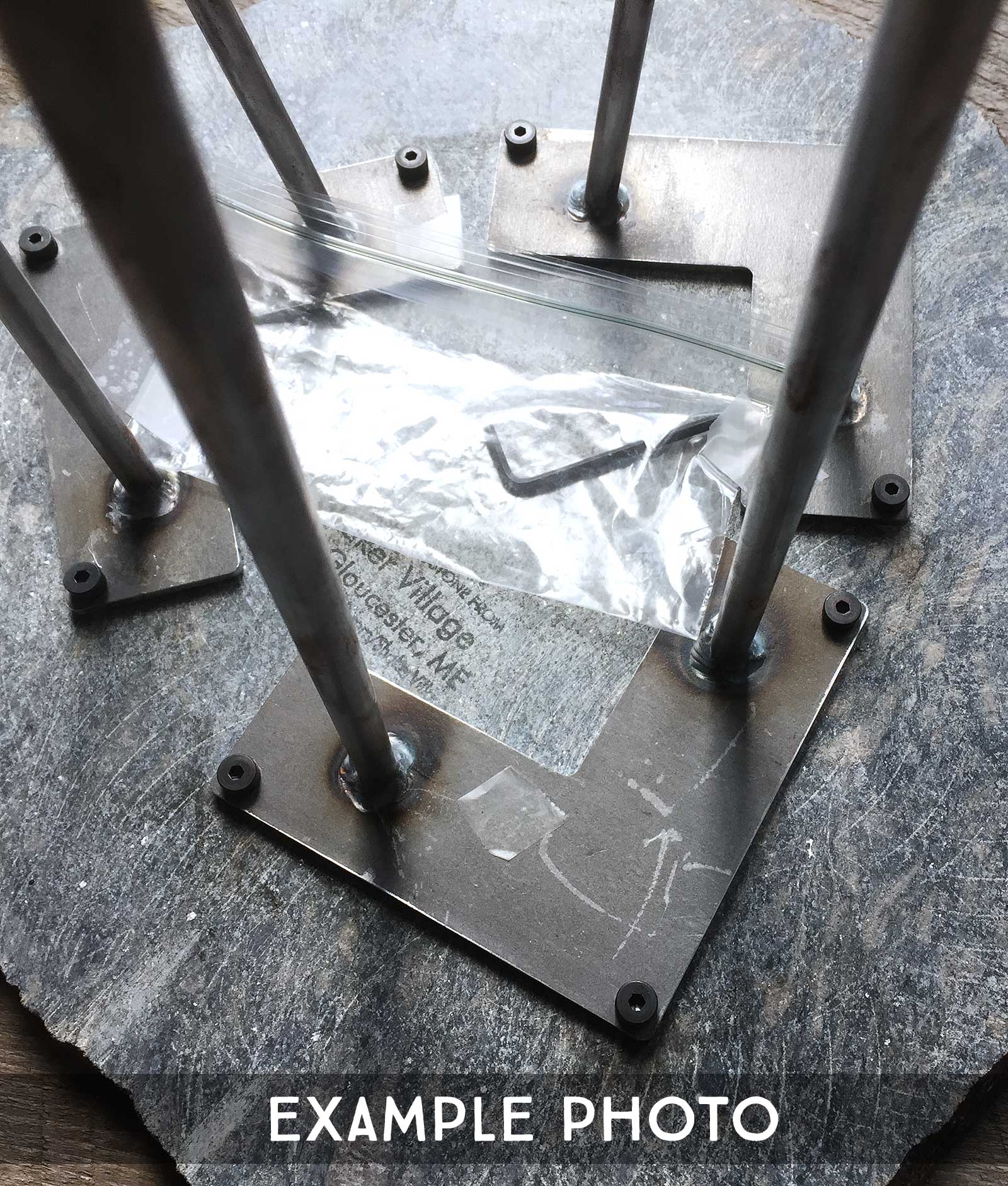 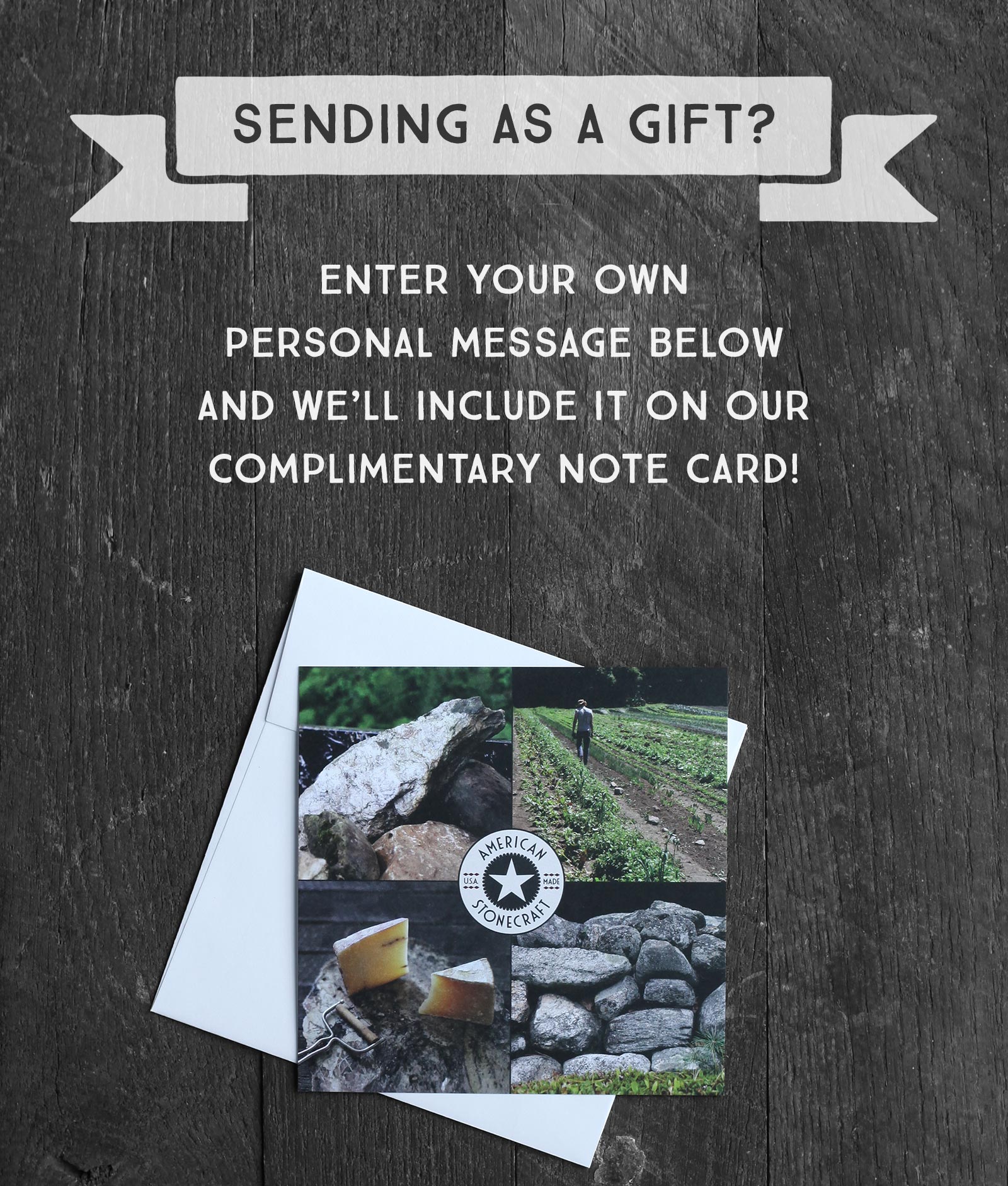 Stone Side Table from Shaker Village in New Gloucester, ME

This stone Side Table was made from a fieldstone that American Stonecraft hand-gathered at the farm listed above.

Our team of artisans sliced, ground, and polished the rock with diamond tools in our Lowell, MA studio. The stone’s farm-provenance is permanently labeled on the underside of the stone. Three hairpin legs are then attached to the bottom of the stone surface, turning it into a unique and rustic side table. This table makes an amazing accent for any decor, bringing a little taste of the outdoors into your home.

The top surface of the table was crafted in the same manner as our most popular product: the Food Slab. Want to know more about Food Slabs? Take a look here.

This Side Table has a stone fieldstone top with 3 removable stainless steel hairpin legs attached to the underside. They are removable using a 1/4″ hex wrench, included with purchase. All of our Side Tables are protected with a permanent food-safe seal for easy cleaning and to prevent staining. Farm-provenance is permanently labeled on the underside of the stone surface.

If you purchase this item, you will receive the single table shown in the photos above.

Stone Side Tables (Set of 2) from Marble Hill Farm in Stow, MA