Did you know that inviting dogs into the workplace has proven to increase moral, productivity and co-worker relationships? A study from Central Michigan University revealed that dogs in the workplace lead to more collaboration among team members! You might think that dog friendly workplaces are a rare breed, but a 2006 survey by the APPMA (American Pet Product Manufactures Association) reported that almost one out of five American Companies allow pets to accompany their owners to work.

American Stonecraft is happy to be one of those companies! We have four canine co-workers that come into the studio everyday. 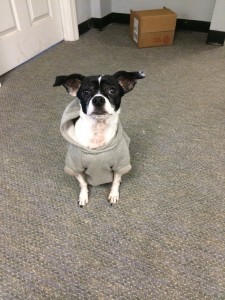 The Queen Bee of the studio is Piper, who belongs to Amy. Piper is a Rat Terrier mix who knows the ropes here at the studio, and makes sure the other dogs stay in line! She has the biggest voice and the best style- She often sports a doggie-hoodie to stay warm. 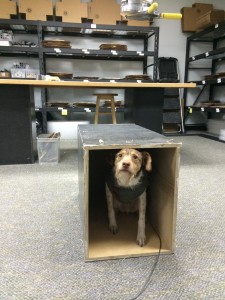 Lincoln is 4’s furry companion. The Fox Terrier mix is a dapper fellow. He has some impressive facial hair that can only be described as a hipster-worthy beard. Lincoln listens to 4 above all else, and will even model for photos when given the command! 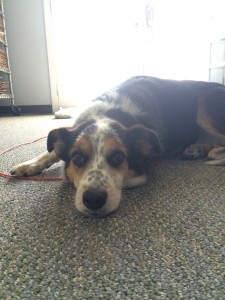 Bowie is the mysterious one. The beautiful, Australian Shepard mix always seems to know something we don’t! She waits patiently for her master Cooper to finish working in the workshop (no dogs allowed back there!) and greets him enthusiastically when it is time to go home. 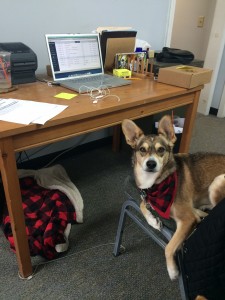 The newest addition to the pack is Bo. His owner Georgina doesn’t know what kind of mix he is, but he looks like a tiny coyote! Bo has his own bed under Georgina’s desk, but he prefers to share her office chair with her. 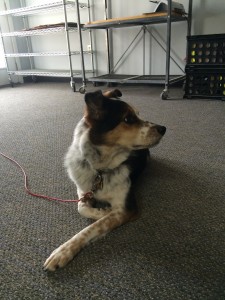 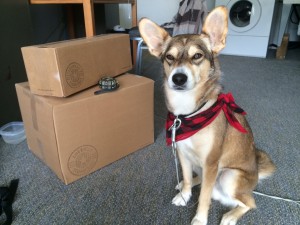 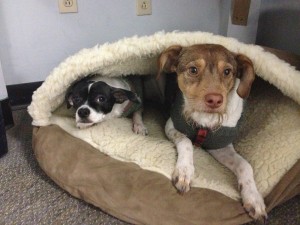 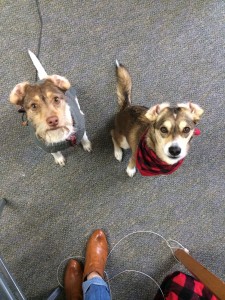 Is your workplace dog friendly? Let us know what your daily workspace looks like!